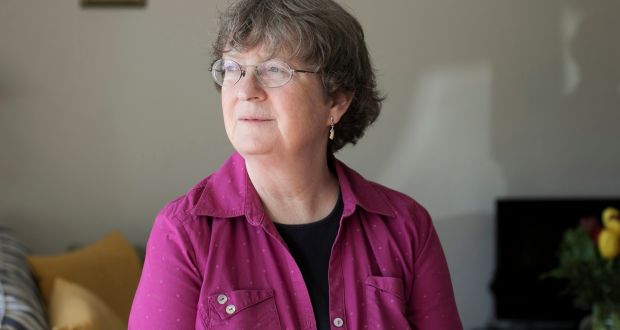 A portrait of Adrienne Cullen at her home in Voorschoten, the Netherlands

The most valuable work of state visits such as the one by the Dutch royal couple to Ireland last week is often done well away from the glamour, by trade delegations and foreign ministry officials. But rarely is high-level diplomacy used to reach out in as personal a way as this visit was.

These occasions are a balancing act. The visiting dignitaries should see the best of the country, its people and culture, of course. On the other hand, a series of stylised photo-ops simply isn’t enough to convey the substance of the visit or to show the human face of the visitors.

That’s why – although few people realised it while it was happening – the visit of King Willem-Alexander and Queen Maxima was different: behind the scenes, it stretched the boundaries of diplomacy in a unique gesture of respect for my late wife, Adrienne Cullen.

Although it’s not a word one readily associates with diplomacy, I think of that gesture as brave.

Adrienne, an Irish woman born in Sligo, raised in Limerick and educated in Cork, died of cervical cancer in Amsterdam last New Year’s Eve at the age of 58 – a victim of medical negligence at one of the Netherlands’ largest university hospitals, UMC Utrecht.

Two separate tests that showed she had cancer in 2011 were “missed”. One actually got “lost” for two years. By the time it was “found” her condition was terminal. A second tissue sample, also showing cancer, was misread by a pathologist at the same hospital – although it was correctly read by 11 peers in other hospitals during a subsequent investigation.

As recently as last month, Prof Margriet Schneider, the hospital’s CEO, was forced to apologise when she claimed – in a comment to this newspaper – that I was “scapegoating” her by calling for her resignation on foot of that investigation, which she had flatly refused to carry out for years.

Adrienne campaigned during that time for the introduction of what are known as “open disclosure protocols”, essentially international transparency guidelines in cases of medical harm, which are now newly in place in hospitals all over the Netherlands.

She also campaigned for an EU-wide ban on gagging clauses in medical settlements, after we repeatedly refused to sign one.

So this was not an easy issue for diplomacy to tackle – especially as part of a carefully choreographed state visit.

However, on the fringes of a reception in Dublin last Thursday evening – after two weeks of careful preparation by the Dutch ambassador in Dublin, Adriaan Palm – King Willem-Alexander shook me by the hand, looked me in the eye, and said: “What happened to your wife, Adrienne, was terrible . . .”

I responded that I understood how difficult it was for diplomacy to tackle an issue as controversial and personal as Adrienne’s death, and for that reason I greatly appreciated the invitation to meet him and his willingness to make such comments.

The king described Adrienne as brave, persistent, and altruistic, especially knowing her condition was terminal.

He told me he had made similar comments to Irish journalists on a visit to The Hague recently.

“What she has done has brought about change,” he said, “but her loss must be very, very difficult for you.”

We stayed on personal territory for another moment or two and in five minutes it was all over. The ring of outward-facing bodyguards melted away and Willem-Alexander rejoined Queen Maxima.

This gesture was a clear indication that at the highest level in the Netherlands what happened to Adrienne, and the way its aftermath was shamefully mishandled, is now regarded as utterly unacceptable.

It also struck me as extraordinary that this welcome chink of bravery has come from Dutch royalty rather than from the Dutch media, most of whom have ranged from timid to indifferent in covering Adrienne’s awful story and its aftermath. Some royal bravery is needed there too.